We were lucky enough to have AAAA Magazine recently post an article on BrainStorm’s extraordinary founder Ty Osborne.

Ty Osborne established BrainStorm in 2013 and has grown the company to now have staff working across the eastern seaboard of Australia alongside a development team in India and contractors in South East Asia.

The company currently services around 30 customers on a regular basis, mostly in Australia but also in the USA and New Zealand – with about half of those being in the automotive space – and Ty is showing no signs of slowing down.

While he was born in Victoria, Ty grew up on the remote Groote Eylandt in the Northern Territory and while his career is now firmly cemented in the land of IT, it didn’t get off to the easiest start.

“In year 9 I failed IT, it was the only subject I ever failed,” Ty explained.

“I was very interested in design and animation (which is hard when you are colour blind) and eventually that led me to looking at Flash Animation to build websites.

“I always admired my older brothers (I have four brothers and one younger sister) and one of my brothers Reece owned a Diesel Truck repair business, while the other was the IT Manager at one of Australia’s largest Newspaper Publishers, the Star News Group.

“In the year 11 Summer holidays I did work experience with them both, one as a Mechanic, one as a Junior IT tech – only one of them was hiring though! So, after the holidays I had my ticket out of school as an IT Trainee with Star News Group. Before being offered a role with Star, my career could have gone either way.”

While IT might not have come naturally to a teenage Ty to begin with, an entrepreneurial spirit and a love for automotive have always been at the forefront.

“Before landing my job at the Star News Group, I had my own small business cutting, splitting, and selling firewood as a teenager,” he said.

“And I have always been into cars, but for me, it has always been more about 4x4s and going bush. We had a Landcruiser growing up and that took us to every corner of Groote Eylandt. Now I love getting out and exploring with my kids and doing the same, I have also been riding Dirt/Enduro Motorbikes since I could walk. These have always been a big part of my life and are a real passion of mine.”

The Star News Group was an important launching pad for Ty, ultimately providing him with the varied background necessary to be able to one day become the successful Founder of his own company.

“I am so grateful for my time at Star News Group, without it I could never have been exposed to such a variety of technologies or had the opportunity to explore each of them so deeply,” he reflects.

“I started as a trainee, and eventually I filled the role of networking specialist, developer, server administrator, team leader, and finally IT Manager. In total, I was at Star for seven years before starting with Baxters Automotive, another fantastic company that taught me so much. I was with Baxters for two years, and then I decided to start Brainstorm.”

Ty is supported in his vision by a loving family who have played a large part in pushing him forwards.

“I have a beautiful selfless wife Claire and four wild and fun little kids who keep us very busy. We had four under four as our last two are twins. When Claire told me she was pregnant with Sophie, my perspective on the world shifted. It was only a few days later I decided I needed to create a change to build a better life for my future family. Within weeks I had decided to resign and start BrainStorm – it was a scary gamble at the time,” he said.

In the early days, Ty went door to door as he looked to develop his fledgling enterprise, which has grown since not only in size, but also focus.

“When I started Brainstorm, it was with the intention to grow an IT company. I went door to door and eventually got a few opportunities, however, they were all development-related – not what I originally had in mind. After a couple of months, I landed a large ERP customisation project where I had the opportunity to leverage both the programming and ERP skills I had,” Ty explains.

“BrainStorm is now bigger than I ever originally imagined it would grow as an IT company and we still have a lot of potential to continue to grow. Today we have between 30 and 40 people in our extended team, led by Jo Clark OAM OLY, our General Manager who does an incredible job of leading and inspiring our team day to day.

“About two years ago we opened an office in India led by Vikas Thakkar, one of the most brilliant people I have ever worked with. Vikas is affectionately known as the Wizard for the magic he creates, and we call our team in India, The Wizards, after him.

“We have also grown our ERP consulting team led by Keith Osborne (my dad) and Evelyn Carter, another two great examples of exceptional people really leading their industry. I could go on all day, these are just a few of the truly incredible team, and it is the core reason we can create so many amazing business-changing solutions for our awesome clients.

Above: Owner of BrainStorm Ty Osborne with his father Keith and eldest
son Thomas

“As CEO, my primary role is to create an inspiring vision for our team and help steer the company in that direction. Day to day though my job varies, and I spend a lot of time with my team BrainStorming cool solutions for our clients, and sometimes I even get to indulge in programming or experimenting with technologies like AI.

“And as about 50 percent of our clients are in the Automotive Aftermarket space, I also spend a lot of time exploring technologies directly related to the industry that many of our clients are using or are looking to start using.”

Ty says there are plenty of exciting projects ahead for him and his team.

“From a technology perspective, BrainStorm is developing some truly mind-blowing stuff that just hasn’t been possible before. Our proprietary ‘Brain’ technology is getting smarter all the time and the solutions it creates are going to help our Automotive customers operate using all sorts of new technologies to help solve their most critical pain points,” he said.

“We are just about to launch our first standalone software WaBI for warehouse management, that doesn’t require an ERP. This is very exciting as it will open up the gates to those companies that only require a niche without the ERP. We are also working on a few more standalone products to launch by the end of 2023.

“We want to continue to be at the forefront of emerging technologies and build our community of industry and innovation leaders. Behind the scenes, the team is head down working on building solutions (we call them Brain Apps) that provide great returns for businesses and that can operate and integrate on any platform (think ERP agnostic), and on their own. We have set a target that we want a million users engaging with our software.

“A big part of our focus comes from the requirement or major pain point that an executive running a business has, looking for technology to serve and solve the business need.

“This is a big thing for BrainStorm and is underpinned by our philosophy that IT needs to be the business’ servant, not its master. So as long as we can get the business leaders to articulate the vision they have and what they would like technology to deliver, we know that we can not only deliver on the technology but do it in a way that the business can generate terrific return-on-investment.”

When it comes to his advice for others looking to enjoy success, Ty points out the importance of mentorship.

“Surround yourself with great advisors and be humble enough to learn from absolutely everyone around you. I have been lucky to have people around me who supported me, encouraged, and at times really questioned my thinking,” he said.

“My mentors are very different from one another in skills, personalities, and approaches to solving problems. These differences help me see problems objectively and find the best outcome. In addition to my mentors, I have always watched and learned from the great leaders around me, particularly within our customers in the Automotive Industry.”

When asked if he believes skill or attitude is most important, Ty has a measured response.

“Attitude is more important, but I would also like to add that I believe it is critical not to mistake introverted personalities as lacking enthusiasm or the right attitude. If I had done that at BrainStorm, we would have missed out on hiring some of the most passionate, dedicated, and brightest people I have ever worked with,” he said.

He also cautions against burning the candle at both ends.

“At the start of my career, I worked extremely long hours, and I often justified it by saying the role demanded it. For example, one night at about 4am, after a week of insane hours, I remember laying some office chairs down to try and make a bed. Looking back now, I was very wrong to work like that and miss personal time. I used to work hard, not smart,” he said.

With his business having such an automotive focus, Ty says the company’s AAAA membership is an important tool in its toolkit.

“Probably more than half of our clients have business in the Australian automotive industry, and being members of AAAA gives BrainStorm credibility that this is our industry of focus,” he said.

“It is also super-important to have a strong industry body for any industry and we’re keen to do what we can to support that, which includes our AAAA membership.” 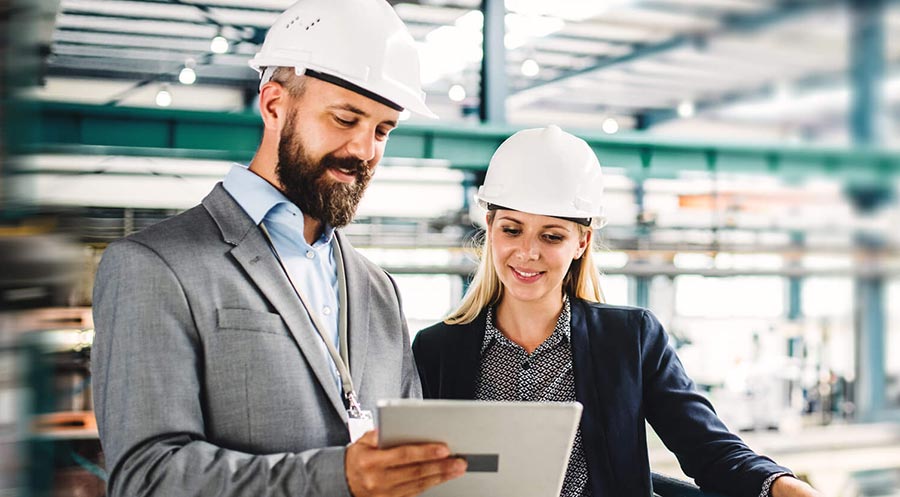 We are a proud partner of Infor CloudSuite Industrial ERP and SYSPRO ERP.

As an Infor & SYSPRO Channel Partner for the Australasian region, BrainStorm Software is proudly selling, implementing and servicing Infor CloudSuite™Industrial (formerly Syteline) ERP & SYSPRO ERP. Along with other transformational software for both ERP companies such as warehousing modules and delivery systems. At Brainstorm Software, we don't merely settle for successful implementations, we strive for exceptional implementations enabling our customers to take their business to the next level.